Twenty-four hours ago I was walking through The Ramble in Central Park thinking, “they’re always stumbling across dead bodies here on Law & Order.” For just the briefest moment I worried about being stalked by killers and/or plot points. I made it back, though. Pictures coming soon.

I’m kind of in New York City at the moment.

It’s my first time here. No, really. I don’t know why I waited this long. I have taken about 800 pictures of the Brooklyn Bridge so far.

I’ll be back next week.

This morning on Lincoln Avenue there was a person in a Curious George costume standing in front of a toy store handing out balloons to little kids. Curious George had a nice friendly felted fur head that looked a lot like this one and he was wearing a muffler and maybe trousers, I can’t remember, but he was a very grown-up-looking Curious George. I smiled at him as I walked by and he waved at me with his mitten hand. I didn’t have my camera.

I was still watching him as I waited to cross the street. A woman had come out of the store and stood next to Curious George for awhile, greeting the children. Then she turned to him and adjusted his scarf, then she patted his arm gently and took it in hers. They walked down the street a little ways and waved at people in a restaturant, then strolled back to the toy store. It looked like they were having a very nice date.

When I almost sort of cry at something like this, I know exactly when my period is coming.

And Curious George is cute and all that, but I think maybe he’d make a shitty boyfriend.

My car has been not been doing very well as it goes about its daily vroom-vroom business lately: it gets all flaky when I accelerate, and has anxiety attacks at stoplights, and it’s almost petulant about backing into parking spaces. So I took it in today. Oh no. There’s something about a gasket and the oil, and the fuel system, and possibly also it’s infested with weevils, I don’t know, but it is freaking expensive, and I won’t be able to pick it up until Monday, which means that I will have to turn thirty-three tomorrow unable to fully enjoy the modern convenience of motor transport. Though really, a cab is better, considering the kind of drinking I may be doing.

I am about to turn one year older and very soon I will be a little richer, I guess, and while I’m happy in general, I’m still somehow surprised at how much the day-to-day crap gets me down. I am not blissfully hovering above it all on a big garden swing or even a big disco chandelier like the one Christina Aguilera was lowered in on that one time at the Grammys. I am having to get used to this. I have to keep making decisions.

And maybe the best decision I made this past week was to buy a plane ticket to New York City. The second best one I made was to delete my goddamn Nerve personal ad, because lately it feels I have only one nerve left and it was being stomped on repeatedly. Yeah, enough of that shit.

I know. You probably feel like I’m ditching you to go knit. Really, Knitting and I haven’t been hanging out all that much. We’re not a “thing,” okay?

So I was interviewed recently for this piece in the Colorado Springs Independent; so was Mimi Smartypants. It’s mostly about book deal stuff, and there’s an extremely goofy photo of me. Yeah, I know, but it was the only recent picture in which I’m not grinning like a freaking sorority pledge. A picture like that didn’t seem right somehow. But I’m glad this article implied that bloggers are perfectly normal people and not stunted goons who do something akin to trolling parks dressed in dirty, makeshift superhero costumes and pretending their lives aren’t small and sad. Sorry, but there’s been some pretty crappy press coverage about bloggers lately, where people get misquoted, and their funny dirty secondhand anecdotes are erroneously reported as firsthand, and phrases like “negotiating a book deal” get tossed in without even checking with the person in question. For fuck’s sake, bloggers are probably some of the easiest people to reach for source verification. We’re not like Deep Throat in the parking garage, people; we’re just a frigging email away. And if you’re going to get shit wrong all the time, Members of the Press, don’t get all huffy when someone with a pseudonym doesn’t want you to give you his or her real name.

But like I said, I’m okay with this C.S. Indy article. Although I should say that when I said that thing about not wanting a high heel shoe on my cover, the kind of shoe I was thinking about is NOTHING like the shoe on Mimi Smartypants’s cover. Because I believe that is a kitten heel shoe and I don’t really have anything against those. I might actually wear one like that on occasion. Or even two. 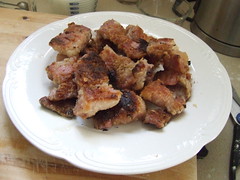 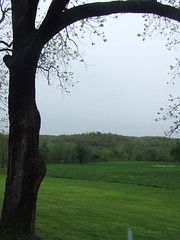 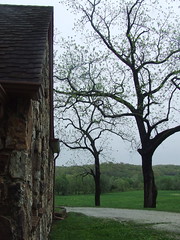 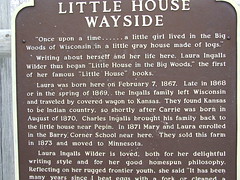